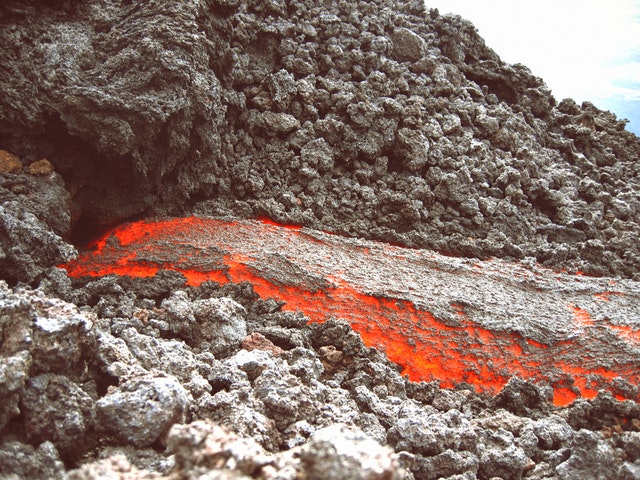 A Sustainable and Renewable Energy Source:

Geothermal energy is considered a sustainable energy source as the heat inside earth is no danger of running out. Also, this energy is renewable when the pulled-up water is injected back to the reservoir to pick up heat again.

Lower Carbon Footprint: According to US Department of Energy, the carbon footprint of geothermal energy is significantly less than oil, natural gas and coal. Grams of carbon dioxide released to produce per kilowatt-Hour of energy from coal, oil and natural gas are respectively 970, 710 and 470. On the other hand, it is only 82 grams of carbon dioxide per kWh for geothermal energy (Source: The Pros and Cons of Geothermal Power by Angela Britcher, 2016).

Geothermal Power is Safer: Geothermal power is considered safer as it does not require combustion to produce heat. There is no risk of combustible gases being released in to a building or atmosphere. With geothermal energy being used there is no risk of carbon monoxide gas as well.

Cheap Operational Cost: The operational cost for geothermal energy is much cheaper.  In the United states to heat up a 3000-square foot (280 square meter) house, it will cost about $60 per month using a geothermal heat pump (Source: Geothermal Energy by Alan Wachtel, 2010). The cost is much less than using conventional energy. Although the cost of a geothermal heat pump is fairly expensive, the pay back is usually between 5 to 10 years.

Other Economic Advantages:  Building geothermal power plant creates many jobs and thus help boosting the economy. A 2007 report said that United States added 5,635 Megawatt of geothermal electricity and added 30,000 full time job for construction and operation of the power plants.

Go Back to the Geothermal Energy Home

Go to the Geothermal Power Plant

Go Back to the EcoAmbassador Home

More on the Advantages and Disadvantages of Geothermal Energy