Staged anaerobic digestions usually with two or more reactors in series,  are designed to optimize the process and enhance gas production.

In a multi-stage anaerobic digestion, multiple reactors (usually two of them) are designed in series to optimize the process and enhance gas production. By introducing physical separation or staged operation, facilities can optimize each process reaction for the breakdown of the organics and enhance more organic destruction. Although multi-stage or staged anaerobic digestion process is more complex and require more capital cost, some of the benefits of this system as reported (EPA, 2006) are as follows:

Different types of staged anaerobic digestion (EPA, 2006; Metcalf and Eddy, 2003) and their configurations are listed and discussed as follows:

Two anaerobic digesters coupled in series as primary and secondary digester is not uncommon, but there is not much information available regarding two heated well mixed digester in series. Literature findings indicated that two staged mesophilic digestion may produce more stable, less odorous biosolids that are easier for dewatering (Metcalf and Eddy, 2003).

In a two-stage acid/gas (AG)-phased digestion, the acid-forming stage (hydrolysis and volatile acid fermentation) are physically separated from the methane gas-forming stage by dedicating a digester designed and optimized for each of these two stages. The first digester is commonly known as primary or acid phase digester. The first phase is conducted at an acidic pH (pH 6 or less) and at a lower SRT favorable for volatile acid formation. In the second stage digester, usually known as secondary digester, methanogenic bacteria convert the acids and soluble organics into methane rich biogas. The second digester is operated at a neutral pH and longer SRT to suit the need of methanogenic bacteria and maximize gas production (Metcalf and Eddy, 2003).  In a typical two stage AG system, primary digester is usually heated to optimize the hydrolysis and acid forming reaction, while the secondary digester is not because of the exothermic (heat-producing) nature of the methane formation reaction (EPA, 2006). Some advantages and disadvantages of the AG process, as listed in the WEF white paper on the anaerobic digestion (2004) are: 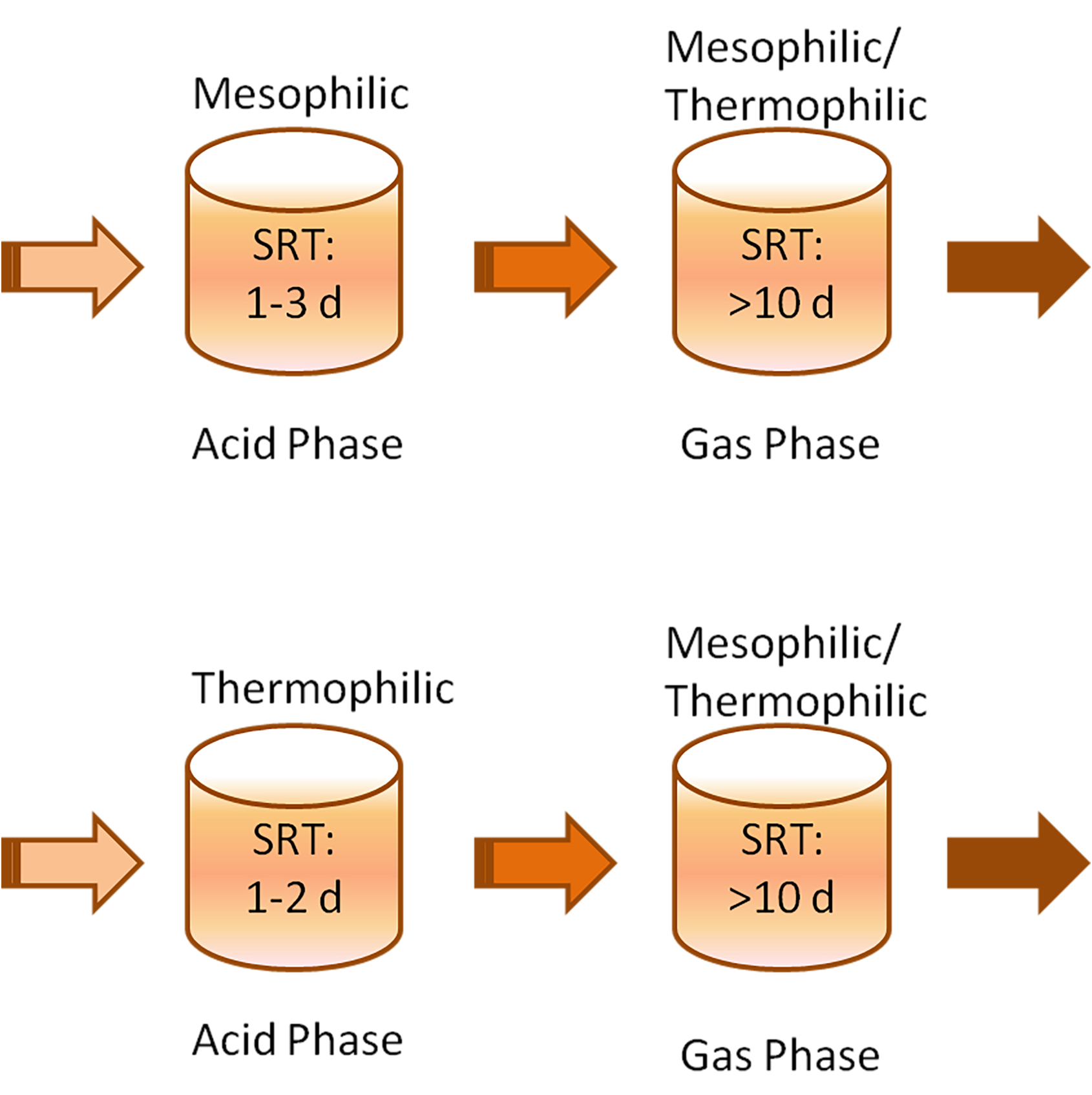 In staged thermophilic digestion, a large digester is followed by one or more smaller digester to prevent pathogen short circuiting and achieve a Class A biosolid.  One such example is Annacis Island Wastewater Treatment Plant in Vancouver BC, Canada; where first stage is followed by three subsequent stages (Metcalf and Eddy, 2003). 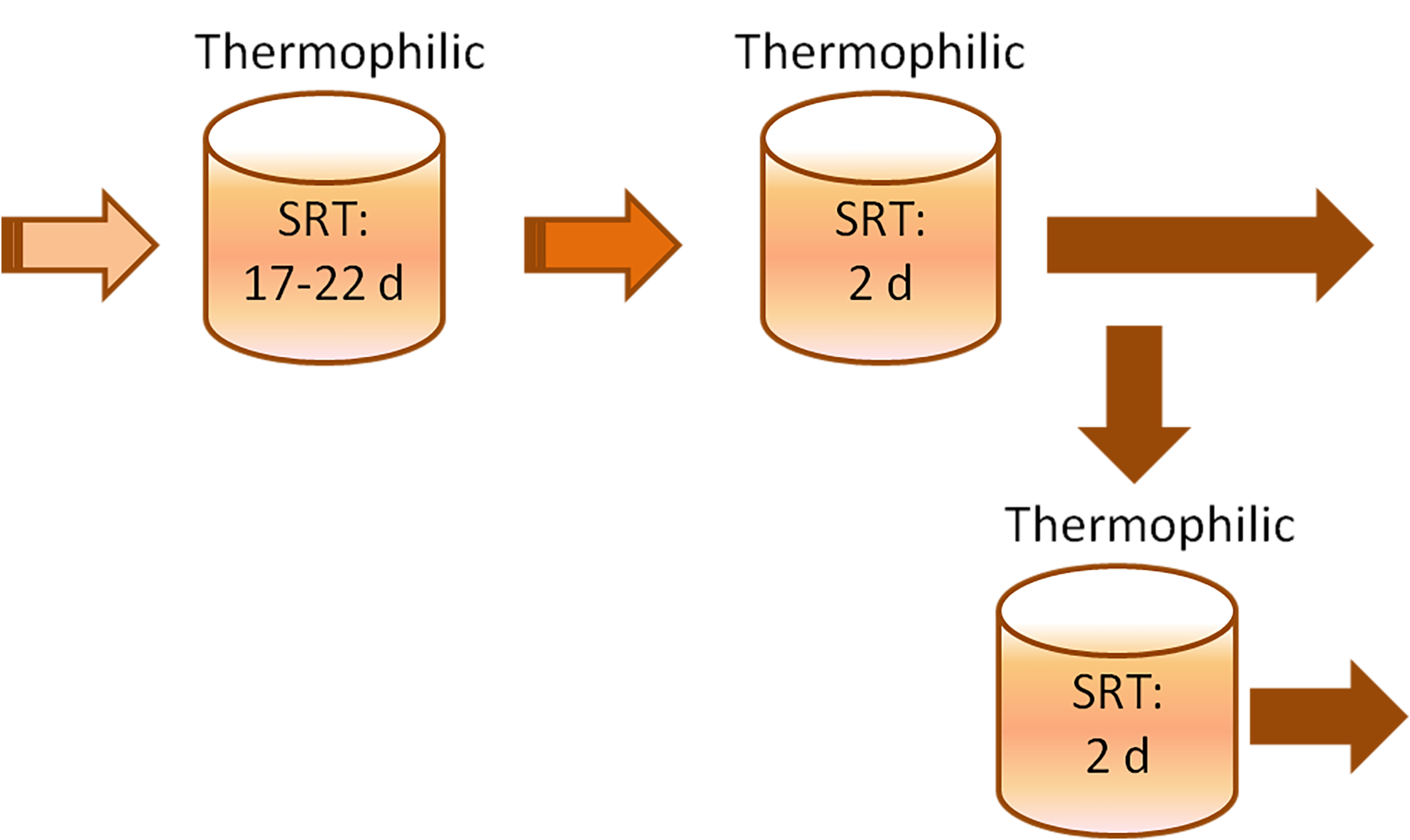 Go back to the Anaerobic Digestion Types!

Go Back to the Eco Ambassador Home!