What is a Carbon Footprint? 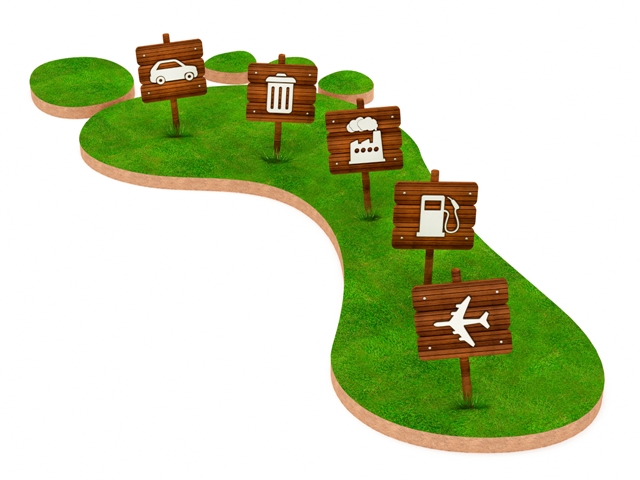 "What is a Carbon Footprint?"- Definition:

So the simple definition of carbon foot print is: - “A measure of the amount of carbon dioxide released into the atmosphere by a single endeavour or by a company, household, or individual through day-to-day activities over a given period (Collins English Dictionary, 2012 Digital Edition). Usually a carbon footprint is calculated over a one year of time period.

An individual carbon footprint is the sum of all carbon dioxide emissions produced by their lifestyles in a given time frame. According to Canada’s One-Tonne Challenge, every Canadian produces at least five tonnes of greenhouse gases directly each year. According to Environment Canada’s Greenhouse Gas Inventory, Canada produces a total of 747 million tonnes of carbon dioxide equivalent (CO2eq) annually. This includes those industrial emissions not incorporated into the direct emissions above. If average this number across Canada’s total population, that would mean that each Canadian produces approximately 24 tonnes of greenhouse gases every year.

The main types of carbon footprint for organizations can be divided into three groups (www.carbontrust.com):

Product carbon footprint- it accounts the emissions over the whole life of a product or service, starting from the initial stage to its end use and final reuse, recycling or disposal.

Find more about "what is a Carbon Footprint?"

How to Calculate Carbon Footprint

Go back to The EcoAmbassador Home