There are various co-digestion consideration factors and issues exist that need to be taken care to make the process run successfully and smoothly. They are  discussed under the following headings:

Majority of the co-digestion feedstock are delivered via special container or truck. Unloading of the material should be done in an enclosed building for odour controlling purpose. Usually the building air is collected and treated via bio-filter. Multiple categories of feedstocks may require multiple waste storage tanks/bins etc., based on their characteristics. From the receiving, the wastes are sent to various cleaning and pre-processing units based on their requirements.

The most economical is to use clean or source separated organics as feeds that can go away with minimal pre-treatment. The dry high solid digestion process (TS>20%) has high contaminant tolerance and usually require less pre-treatment. But the wet low solid digestion process (TS <15%) demand higher contaminants removal due to potential damage like pipe blockage, breakage of pump or mixing devices etc. The pre-treatment of feedstocks may contain three basic steps: 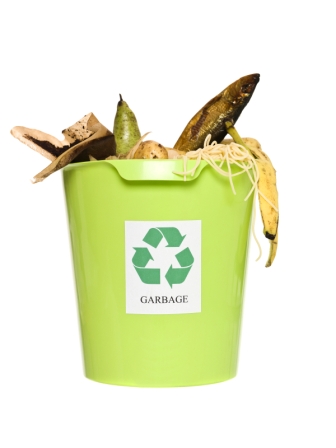 Since many co-substrates cannot be fed directly into the digester, one or multiple pre-mixing and homogenizing tanks need to be provided. From this buffer tank pre-processed and pre-mixed feeds are sent to the digester based on their loading ratio.

Although Co-digestion is simultaneous digestion of multiple feedstocks, the most common situation is when a major amount of main basic feedstock like sewage sludge or manure is mixed and digested together with minor amounts of single or multiple high strength wastes like energy crops, food waste or FOG. A variety of such high strength wastes are is suitable for co-digestion as long as their mixtures or blending ratio with biosolids or manure are correctly optimized. The optimum blend ratio of these high strength wastes, as suggested in various literatures varies from 5 to 30% of the total feed VS to the digester.

The feedstocks of co-digestion must not be toxic or create an environment where toxic gases are produced for digester process microorganisms. With the increased nutrients in the digester from co-digestion feedstocks, there could also be an increase in toxic gases like ammonia or hydrogen sulfide and they can inhibit the production of methane. A high organic loading rate (OLR) can cause metabolite inhibition (ammonia or hydrogen sulfide) or fatty acid accumulation which reduce the digester performance. OLR values of no higher than 0.10 1bVS/cf-d (1.6 kg/m3-d) are typically recommended to avoid such inhibition especially during the start up periods.

Based on the literature, the number of mesophilic digesters using co-digestion substantially exceeds thermophilic digesters in full-scale operation. The main reason may be the plant economy as the additional gas production in thermophilic operation may not offer a reasonable payback to compensate the capital investment. But thermophilic anaerobic digestion may provide slightly higher methane content in digester gas than mesophilic anaerobic digestion when only food waste is fed (EPA, 2008).

The necessary pH for anaerobic digestion ranges between 6.8 to 8.5 (EPA, 2012) and varies at different stages of anaerobic digestion process. Lower pH conditions inhibit biogas production because the methane bacteria cannot survive at acidic condition. Some co-digestion feedstocks like food waste tend to decompose quickly and can decrease the pH of the digester. In such case, addition of a buffer, like sodium bicarbonate may be added to balance the pH.

Anaerobic digestion process failure is sometimes linked to the imbalance of carbon and nitrogen ratio in feed mixture. In order to reduce ammonia inhibition or volatile fatty acid accumulation, C/N ratio of co-digestion feed mix should be maintained. The ideal carbon to nitrogen (C:N) ratio for anaerobic digestion is suggested approximately 20:1 to 30:1 (EPA, 2012).

The addition of co-digestion materials with higher carbon contents than the main feedstock like manure can improve the overall C:N ratio and increase methane production. For example, the C:N of the dairy and swine manures may be enhanced by adding food processing residues such as potato waste with a C:N ratio of 28:1, or crop residues, such as oat straw with a C:N ratio of 48:1 (EPA, 2012).

Foaming in anaerobic digesters can cause a significant and wide spread problem. Discover more on how to prevent foaming in co-digestion reactors here.

Go Back to The EcoAmbassador Home!