What is a Hybrid Car

A hybrid car is a car that has the capacity to utilize two or more energy sources. These cars usually have conventional gasoline engine as well as electric motor(s). The other power sources that can be used in a hybrid car include hydrogen, propane, CNG as well as solar energy. 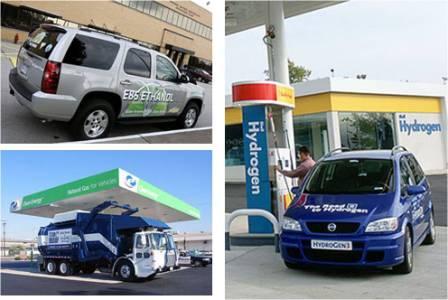 In a hybrid car, usually one source can act as a main source when the other can serve as a backup. Sometimes the car has the ability to use both the power sources or switch between them based on different situations. For example if high power is required such as hill climbing, both gasoline engine and electric motors can be used at the same time. But when minimal power demand is required such as coasting, the car can shut down the gasoline engine and use only the electric motor. Usually the braking of hybrid car is capable of capturing the energy released and using it for charging batteries inside the cars. That means hybrid cars do not solely depend on charging by the electric outlet.

A detailed graphic animation of how hybrid car works are shown in the following link prepared by U.S. Department of Energy’s Alternative Fuels Data Center:

Some of the benefits of hybrid cars stand out comparing the conventional cars:

Hybrid car has some disadvantage as well:

Some interesting facts about hybrid cars are as follows: