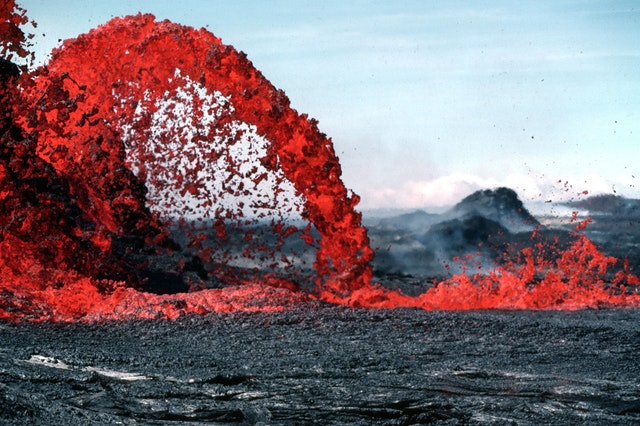 Geothermal power plant works best for areas where the geothermal resources are abundant with already broken earth crust, such as in California, Iceland and Italy. Existing technologies limit geothermal energy recovery from geothermal reservoirs that exist mainly near the “Ring of Fire”; a volcanic zone encircling the Pacific Ocean. In this area with high volcanic activity it is easy to collect and utilize geothermal energy. Outside that geothermal energy is either not available or economical to produce.

The challenge is transferring the heat to the power plants, or to homes and buildings. In order to do that the geothermal companies need to invest heavily on digging well and transfer networks like piping, cement casings etc.

The upfront cost associated with drilling wells and construction of the geothermal power plants is relatively higher than fossil-fuel based system.  There are risks and technical challenge as well when it comes to drilling into hot rocks and sandy areas. That is why geothermal projects can be very expensive.

Geothermal power plant can cause the land around them to sink as water and heat get pulled from the reservoir. Sometimes the surrounding soil and rock can break. This may cause the surrounding ground to sift and sink. This may also lead to sinkholes formation to the near by roads. That is the reason, scientists prefer natural crack and other geological formation before digging a new hole for extracting geothermal energy.

Also, construction of a geothermal power plant may upset the near by natural ecosystem like tress, plants, wildlife and birds. The plant may disrupt natural life cycle for any of the species or may have unaesthetic impact to its natural beauty. In addition, there is a potentiality that deeper drilling may cause an earthquake, although seismic activity has been reported small until today.  These factors need to be considered via a through Environmental Impact Assessment before construction the plant.

Although the geothermal power is considered much cleaner than fossil fuel energy, they still release some greenhouse gases to the environment, specifically carbon dioxide and hydrogen sulfide.

Also, water from geothermal reservoirs contains some chemicals that are toxic to human health like arsenic, mercury and selenium. The waste products produced by the geothermal power plants is known as brine. This is the water that has been pulled up and contains some harmful metals and minerals. These includes corrosive salts, silica, gold, silver, platinum and hydrogen sulfide.

That is why geothermal companies should make sure that these elements don not leach into the surrounding environment and contaminants nearby wells, reservoir or surface water bodies.

Go back to the Geothermal Energy Home

Go to the Geothermal Power Plant

Go to the Advantages of Geothermal Energy

More about the Disadvantages of Geothermal Energy